Last night I headed to the WMC for Club Tropicana the Musical. Now anyone who knows me, knows that KELLY + 80s music = very happy person. However I did not expect what was coming.

As a girl who grew up in the 80s, I grew up with classics like Hi De Hi, Top of the Pops and Are You Being Served?

Club Tropicana was all of that rolled into one. Joe McElderry starred, heading up the show as Gary the Host and was perfect casting. No one can contest his awesome vocal ability, but I had no idea he was so funny!!

The show stopper of the night for me though was the hilarious Consuela the Maid, aka Kate Robbins. Robbins of 80s Crossroads fame, is an esteemed impressionist and they use every ounce of her hysterical persona. Not to put any spoilers in, bit she will have you belly laughing and snorting like you haven’t done in along time! She has a sign you know 😆.

I belly laughed all night at this brilliant throwback to the 80s. I haven’t even mentioned the music yet, which includes tracks by Aha, ABC, and loads more.This is 80s slapstick comedy with a brilliant sound track.Please go and see this. Its brilliant. 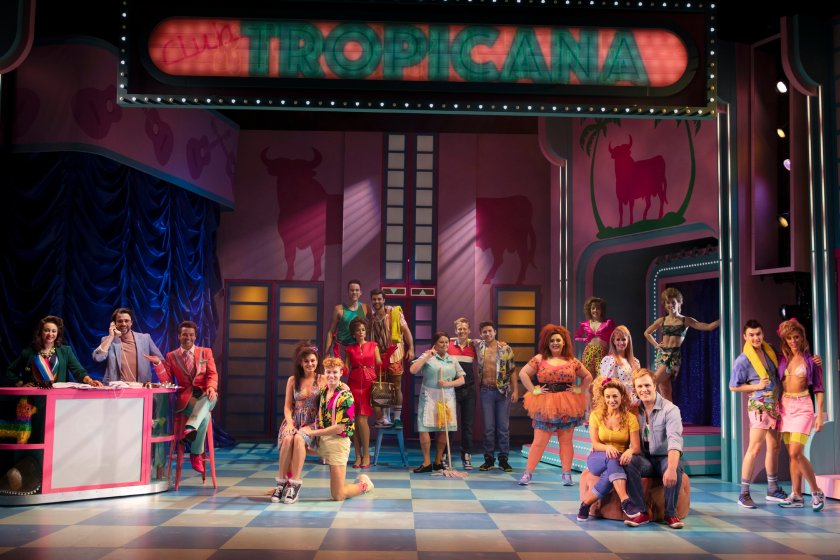 Club Tropicana the Musical is running until the 17th August and tickets can be purchased from http://www.wmc.org.uk